Praise for this story from the New York Post Media City column: "Engrossing...real as if we were there." 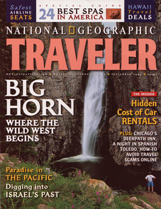 Tales of the Real Armageddon

You say you dug James Michener’s The Source? Now you can dig its setting: Israel’s Tel Megiddo

INDIANA JONES battled snakes, boulders, and heathens during his archaeological quests, which sounds fine to me. But I don’t recall the scene where he wakes before dawn to kneel in the dirt scraping with a dental pick for three hours.

My hands are paralyzed in a claw. My knees are numb. Under the black tarp shading our pit, I feel like a worm in a bait box. My backside points up into the 21st Century. My nose is down inhaling 5,000 year-old dust of Israel’s ancient past as I etch a bone from soil that last saw day in the Early Bronze Age. That’s before the Bible. Before the great pyramids. Before most written language.

I’m in the temple precinct of Tel Megiddo, one of Israel’s most important and cryptic archaeological sites, digging gently in a four-foot-deep pit shadowed by a Canaanite altar. By now I’m questioning my sanity for volunteering for three weeks on the Megiddo Expedition, a dig administreted by the University of Tel Aviv and Pennsylvania State University. I arrived chasing a childhood fantasy of uncovering lost civilizations, but I found something else in the sun-baked underbelly of ancient history that tourists never see. It involved dirt. Buckets full.

I unearth a porous brown bone, and in the process accidentally knock a sliver off it.

"Be careful," admonishes my pony-tailed pit supervisor, Andy Creekmore, a graduate student from Penn State. The trick is to match speed with diligence.

In other words hurry up and go slow,he says. At this pace, I’ll never discover the Ark of the Holy Covenant even if it had ever been here.

Actually, I am in the wrong dirt layer, or stratum, for that. The deeper the stratum, the farther back in time. The patriarchs didn’t even enter ancient Israel, then called Canaan, until more than a millennium up from where I am kneeling — give or take a few centuries. Dates and facts are endlessly disputed in biblical archaeology, but the legends never change at Megiddo, which is listed in the Hebrew Bible Testament as one of King Solomon’s three fortified cities. In Hebrew, Har Megiddo means Mount of Megiddo. Or as the New Testament Book of Revelations called it centuries later in Greek: Armageddon, where Good and Evil will clash in the Last Battle. "I personally hope I’m not here to see it," one fellow volunteer, Nicole Brown, a born-again Christian from Colorado, says as we wield our pickaxes side by side.

Days at Armageddon begin the same way. The alarm clock rings 4:20 a.m. in the 8 by 12-foot dorm room I share with four other women. We tumble from our bunk beds, fumble into our work clothes, fill our water bottles, then stagger out into the dark to join the hundred or so other volunteers. Under the morning stars we hike in silence from the Spartan kibbutz dormitories through the desert grasses of the Jezreel Valley’s western edge. We are all ages, from a 70-plus retired businessman to one archaeologist’s nine-year-old daughter, who taunts adults by identifying obscure bone remains in Latin. We are teachers, a lawyer, two TV producers, artists, and a housewife who divorced her husband and headed for the Holy Land. Also among us are many history, archaeology, and divinity university students digging for credit.

We walk across land where powerful armies — Egyptian, Hebrew, Persian, Assyrian — battled to gain control of the walled city that guarded this strategic crossroads of the ancient world. Though Megiddo was abandoned more than 2,500 hundred years ago perhaps when trade routes shifted — the memory of the carnage lives in the city’s legendary name.

It’s in this pre-dawn hour, when I drift between waking and dreaming, that I most sense the history we dig during the day. The hundred-foot-high mound looms before us, black and mysterious. This back way is not seen by tourists, who enter Armageddon through a modest gift shop and visitors center.

One morning, I fall in beside Israel Finkelstein, the 50-year-old head of the Institute of Archaeology at Tel-Aviv University and one of the excavation’s co-directors. He looks chipper. I am squinty-eyed from late-night drinking and debating the meaning of existence with graduate students after a seminar with noted Bible history (and Megiddo dig co-director) scholar Baruch Halpern. "When I was younger," says Finkelstein, a native-born Israeli. "I could never get up. It’s easier now because I love the site so much."

The sky is graying as he bounds up stairs cut in the mound’s side. For clues to ancient Near East history, no other excavation competes, he says. Megiddo contains more than 22 layers of civilization: over 5,000 years of construction and destruction. Though dusty, it is a glamour site, named in every great ancient archive. The elusive hot spot is the tenth-century layer, where Finkelstein is looking for clues to King Solomon’s rule.

By the end of our first week at Megiddo, volunteers report like old hands to their assigned squares grouped in grids throughout the excavation’s 15 acres. From my pit in the thin light before sunrise, I can see the sunflower fields and farmland of one of the few panoramas in Israel that looks as it might have in biblical times. Mount Carmel lies to north. Nazareth is to the east.

I watch as dawn spreadsover Mount Tabor, where the prophet Deborah led Israel’s tribes to defeat the Canaanite general Sisera. The woman Jael promised him refuge in her tent, then drove a tent peg through his temple while he slept. I pick up a chisel-edged hammer; We begin digging at 5 a.m.

Our 8:30 a.m. breakfast in a grove below the city’s fortified gates signals the start of the tourist trickle. Preachers and tour guides expound. One Bible-gripping evangelist thunders: "Soon the forces of Gog and Magog will battle on the plains of Armageddon." He points toward us. "These archaeologists. They know."

Down in the pits, we laugh because we know how little archaeologists really know about Megiddo, despite four separate excavations since 1902. Every building, every strata, every sherd, ever date is disputed, says Finkelstein. Finds can take years to analyze, so on-site interpretations are few. On a visit to our pit, dig co-director David Ussishkin rubs his chin and stars into our hole. "Clearly, the answer is here," he says, "Down."

Unclear even on what the question is, we five volunteers in my pit swing our short-handled hoes, or terias, and dig — down. Just after noon we trudge back to the Kibbutz Megiddo in searing heat as cicadas buzz a high tension-wire pitch. Lunch. Siesta. Then the 4 p.m. pottery washing to clean and catalog the day’s finds.

By my third week, I am writing postcards home: Dust. Heat. Scorpions. Like summer camp for convicts.

OK. I only saw one scorpion, but it was a highlight. So why do people volunteer for hard excavation labor year after year? "Archaeology is a sickness," explains Robert Deutsch, 48, a Tel Aviv archaeology Ph.D. student. "We pay to work in the heat and mud. It’s not normal, but I’m crazy about it."

The sickness takes hold when the earth yields up exotic artifacts and long-buried walls. It is contagious. One day I overhear Liam Gray, a Vanderbilt University grad student, on the dorm hall phone bragging with the joy of a Vegas winner. "Hey dad. I hit the jackpot,"he crows long-distance. "Yeah. I found a Middle Bronze figurine. That’s about 1,800 B.C. The traditional time of Abraham and Sarah." Sam Jones, an ex-roofer who sold his Ford pick-up truck to pay for his trip, is ecstatic after finding a gold scarab.

But back in our square, scraping and whisking with dental tools and paintbrushes at last reveals nothing except a trove of cow, sheep and goat bones — the likely refuse of animal sacrifice. Dig leaders are thrilled: So many bones in the layer about 600 years below the Canaanite altar help prove the theory that once holy, a site remains holy, despite changes in religion and populations over millennia. Not quite the Ark, but we have been digging in search of the holy — our findings may help explain the origins of ancient Hebrew sacrifice.

We stretch strings across the pit floor to form a graph, so specialists can analyze how the bones were thrown on the ground. "There could be a pattern," pit supervisor Creekmore explains. "Or it could be that they dumped the bones here because they didn’t want to walk across the street."

Did I have a bone to pick? Dozens. I ask for transfer to an Iron Age square, where I get to help dig up ten-gallon storage pots smashed in an invasion or earthquake. While bones mystify me, the pots emerging from the ground tell a story: Mud bricks smashed on top of sherds indicate the moment when a house collapsed. No book or tour guide’s fantastic tales -- and there are plenty -- can describe how the past feels when you are the first in millennia to touch it with your hands.

Later, I visit the Israel Museum in Jerusalem. Wandering through the exhibits, I realize how the excavation has changed me. Once I loved museums. Now the windowless, glass-and-marble structure feels like an orphanage. The restored pots, displayed in glass cases, look like lost children plucked from their crib in the earth. The display labels sound knowledgeable, but dead. "Bronze Age. Possibly of Hebrew Origin. From Hazor."

In the dirt, broken, the pots were alive.