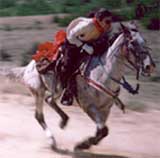 Seigel’s lively commentary and investigative reporting have been featured on Good Morning America, Fox TV, and The O'Reilly Factor. National honors include multiple American Society of Journalists and Authors awards for investigating "America's faulty Sun Science for Nautilus, bonobo sexual politics and human nature for Ms. Magazine, and diet fraud for Los Angeles Magazine. She won the prestigious Front Page Award for a Lifetime Magazine investigation of the breast and the bra. A regular speaker for university and think tank panels, she has been cited in many books, like Alan Dershowitz's bestseller Reasonable Doubts, and anthologized in the pop culture volumes Reading Desperate Housewives and Women's Voices, Feminist Visions.

After graduating from the Columbia University Graduate School of Journalism, Seigel began her career as a Chicago Tribune writer and national correspondent, covering Hollywood and major national stories such as the O.J. Simpson murder trial, including reporting daily live on TV. She honed her radio skills as the flamboyant “Countess of Culture” for NPR’s Day to Day and co-hosted a daily talk show on the XM Satellite Network.

French and Spanish-speaking, Seigel has reported in both languages from Southern California, Mexico, Spain, France, Africa and the Bronx. In New York, she serves on the board of the Society of Professional Journalists-Deadline Club, organizing and moderating A-list public talks on media controversies ranging from privacy and censorship to the rise of branded news.